So I realise that sometimes what I write about trailing spouse life can sound a bit, well, negative. Recently I have posted about depression, relationship problems and the reality of expat life – all of which have their place (after all, the point of both the book and the blog is to prepare people for this reality). But this is, of course, only half the story.

I promised myself the last time I wrote one of these posts  I would follow it up with a positive one. So here it is. To prove to you that there is an up-side to being a trailing spouse, here are ten brilliant things that would never have happened had I not been an expat partner. (Note: these are all things that have happened because of or during my time as an accompanying partner; there were lots more fantastic things that happened to me as an expat but before I met my husband and officially became a “partner”. Perhaps I’ll include those in a future post).

1) I would never have learned how to make watermelon daquiris. Or mango, lime, banana (insert tropical fruit here) daiquiris. A stable of our time in St Lucia, this delicious drink was a particular favourite of ours because we had a lime tree in our garden and lime + rum + sugar + fruit = daquiri. The watermelon one was the prettiest; it’s actually a Nigella recipe: cut fruit into chunks; freeze; when ready to make drink, whiz with rum and lime sugar syrup. Drink. Repeat.

2) My children would not be such good swimmers. (Almost) every day we swam, from the age they were one and three until they were three and five. We had pools in both gardens of our houses in St Lucia (we didn’t have two houses simultaneously, we moved from one to the other). There wasn’t a lot else to do. They were both little fish and still are. Let’s hope they get to continue with their swimming in South Africa.

3) I wouldn’t know the recipe for Ansa’s curries. Ansa was our fantastic helper in Islamabad, who helped me with looking after the children, cleaned the house and taught us how to make her amazing curries. Telling her we had to leave (we had two week’s notice following the Marriott bombing in 2008) was one of the hardest things about the whole episode. She cried, I cried. She presented me with her recipes as a leaving gift. I still cook them to this day.

4) We wouldn’t have spent so much time here

Just a hop, skip and a jump away from St Lucia and we could use air miles to get there. How lucky were we? How lucky were the children! TWO visits to Disney in the space of a year…..

5) And the girls wouldn’t have had such a close relationship with their Uncle. My husband’s only living relative, my brother-in-law, lives in south Florida and rarely leaves it. By our regular visits, we were able to build up a good relationship between him and the girls, which carries on via Skype (and bi-annual visits to the Sunshine State) to this day.

6) I wouldn’t have written 9/10ths of an as yet unnamed novel, set on a fictious Caribbean island which isn’t anything like an amalgamation of St Lucia and Jamaica, starring a young female British diplomat who very definitely isn’t me, and who gets embroiled in the drugs trade…..one day I promise I will finish it. I haven’t really touched it since returning to the UK from St Lucia; although I did eventually get my main protagonist out of the boot of the car she had been stuck in for about 3 years…. 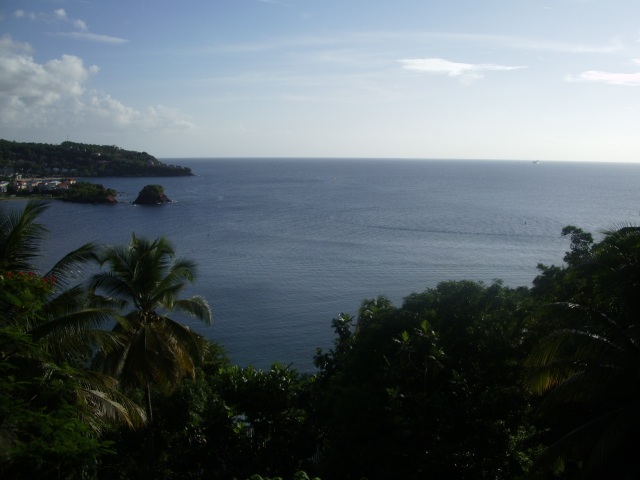 8) I wouldn’t have had the chance to understand Islam and the Muslim religion in the way I can thanks to having lived in Pakistan. I’m certainly no expert, we only lived there for a few months. But despite the fact that I have lived all over the world, I had never before lived in a predominantly Muslim country. We were there during Ramadan so I learnt what it meant for the locals to fast, and what iftar was, why Eid was so important. I was also able to introduce my oldest daughter to the concept of other religions at an early age (something I blogged about here). Learning about other cultures and religions is so important for all of us in this day and age.

9) I wouldn’t have met such a fantastic range of people of all nationalities – both in person while living in Pakistan and St Lucia and as online friends (some of whom are also real-life friends) I have met through our mutual expat-partner status….

10) And finally I wouldn’t have had the inspiration, and the opportunity, to write the Expat Partner’s Survival Guide, nor the blog that goes with it….which means, dear reader, that I would never have had the chance to get to know YOU!

So now I’ve shared mine, I’d love to hear yours. If you are an expat partner/trailing spouse, what’s been GREAT about it? What would you have never done? What fabulousness about your life would you like to share? And if you’re not one of “us” do you think I’ve managed to balance things out a bit?

Leave a Reply to that traveling nurse Cancel reply