All around the expat world this cry goes up at least once a year. Or at least, it does in British households. Where we have no national costume.

Our International Day is on Friday and it will be the first I have had to plan for since I myself was a child attending the International School of Manila in the Philippines. There weren’t a lot of Brits at the school in those days – we were outnumbered by the Americans and then by Australians/New Zealanders and Asians. So we were always a small group traipsing around the parade ground – although our numbers were slightly bulked out by the fact that there were four of us children in our family.

But every year we had the same dilemma. What on earth were we going to wear? All these years on, I actually have no recollection as to what we actually did wear in the end – although I know friends of ours cheated slightly and wore Scottish kilts. Even though I don’t think they had a drop of Scottish blood in them. But at least their costumes were recognisable.

What gets me is those countries that have these amazing, beautiful national costumes. It just doesn’t seem fair that some children get to dress up like goddesses – and we have what? Raincoats? Some would say though that this means we just have to be a bit more…imginative. And I know from previous discussions in a Facebook group this has led to children being dressed as punks, Harry Potter, Victorians, Tudors….in fact – here’s a thought! Maybe we should just recycle some of the outfits we used for those endless dress-up days back home, where one daughter was a young Edward VI and another a poor Victorian child in her nightdress. 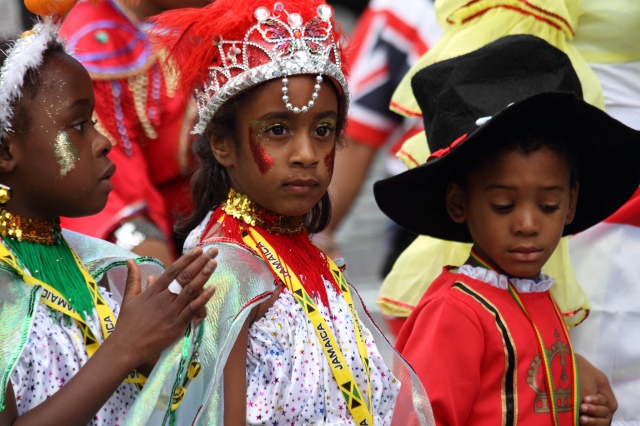 Is this traditional British dressing up?

Instead though we will be doing what I suspect many of my fellow English parents do all around the world and resorting to national colours or flags. We have a “Geri Spice Girls” Union Jack dress left over from a hallowe’en that we accidentally ended up in Florida for one year (a long story – maybe it will make it on to this blog one day as a Memorable Journey post). My youngest still fits into this so that’s her sorted. As for the older daughter, I dug out an old “England” t-shirt from one of the various football tournaments we have failed to progress in over the years which now seems to fit her. We also have a large England flag from the same event. My only worry is, wearing an England shirt and carrying an England flag does have underlying associations with football hooliganism. Which actually…..now, there’s an idea…..

So how about you? Got an International Day coming up? Have you had to come up with any ingenious solutions to dress your child in? Or do you come from one of those smug countries with its own national costume?