So this post has nothing to do with being an expat partner or really to do with being an expat – apart from it is the final chapter in the story that started way back when we promised our daughter’s we would get them a dog when they were uspset we were moving to South Africa. And that getting a dog seems to be a very common thing to do here in Pretoria – maybe something to do with the ease of having constant access to the outside, good weather and a bit of peace of mind that it may bark when someone tries to break into your home (but don’t get too excited about this, when you see my pictures you will realise that my little one is hardly going to be much of a threat to anything bigger than a beetle).

Oh and also that my next post on expat depression going out later this week does mention getting a dog as one self-help method  to make yourself feel better.

Anyway apart from that this is really just a post to introduce you to Cooper, our nine-week old miniature schnauzer puppy who joined the Expat Partner’s Survival Guide household last week.

An absolute charmer, Cooper has already wheedled his way into our hearts with his cuteness, bounciness and teddybear fur. He also has impecable manners and apart from one accident has done all his business outside and sleeps all night without a murmer. I know this breed is recommended for its family-friendliness and we certainly have not been disappointed – he is brilliant with the children and apart from the usual puppy propensity to chew and nip, plus a bit of a gas problem as he gets used to new food, I can’t fault him.

Of course with new puppy comes new responsibility and as a first-time dog owner I am still getting used to having another little-one to think about. He is about one million times easier than either of my babies ever were but I still need to make sure he is fed, watered, taken outside, played with, trained, kept healthy, groomed every six weeks or so…and travel now becomes slightly more complicated as we have to ensure he is always booked in to kennels well in advance of any trip we make (until the time he will be old enough to take on some of the holidays with us). Plus in a couple of years time we will have to go through the rigmarole of getting him back home to England (thank goodness quarantine between South Africa and the UK is now a thing of the past).

In the end though, I have a feeling it will all be worth it!

Do you have an expat dog? Please tell me about him or her in the comments section – including whether you moved them from another country and if so how the move went. 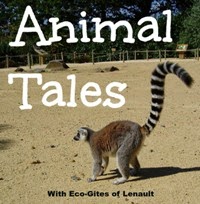