My country has been split over the past few months. Split by an issue whuch has revealed a fault line through the middle of the United Kingdom – a fault line which many of us didn’t even realise was there until this year, and a fault line that the whole country seems to be sliding into with a huge furour of anger and hatred and fear. It has not been pleasant and I would not wish an EU referendum on anyone.

But what it has done is make me take a long hard look at this institution we are fighting over, this huge behemoth with all its defects but also its benefits – the good, the bad and the ugly side of an institution I had assumed we would always be part of. An important part of – as one of the largest economies in Europe, we play a full and vital role in shaping the way the EU is run. A role we will no longer have if we leave, although we will still be affected by the decisions made by those who remain.

So the debate has raged – back and forth. The economy, immigration, faceless bureaucrats telling us what to do. How much we pay to the EU every week, what we could do with that money. The affect on businesses. What sort of a role we would have on the world stage if we left. Personalities and politicians taking sides. Friends and family split by the arguments – others turned off by the whole thing. But in the back of our minds, all knowing that this might be collectively the most important decision of our lifetime. 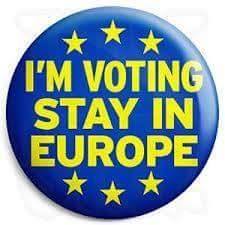 So I know all the arguments. I have read as much as I can get my hands on. Right from the start I have always said that we don’t really know what will happen if we leave – this is an unprecedented situation and the claims from both sides are only based on best guesses. Economics is more of an art than a science and we can’t predict how people will act if we withdraw so there are still a lot more if, buts and maybes than definites in this debate.

But beyond the economics, the question of migration, the laws on bendy bananas and all the other nonsense that has been thrown at us over the past few years there is an issue which as an expat seals the deal for me. And that is that I want to be part of the world.

I realise I am luckier than most in that I have been able to travel all my life. I took my first plane ride before I can remember and I have lived on every main continent. I have visited more than 70 countries and that includes, as a wide-eyed teenager, the obligatory inter-railing trip around Europe. 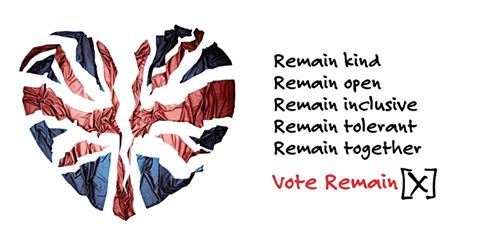 I love Europe. I love the beauty of Italy, the food of Spain, the efficiency of Germany. As a child we took holidays in the south of France, canal boats linking up towns where we could cycle to pick up baguettes for breakfast and practice our schoolgirl French. As a student I took part in sponsored hitch-hikes to Paris. I have stayed in Germany with old family friends, lived in Spain and Gibraltar, taken the children on holiday in the Netherlands. I once took a ferry to France for the day to stock up on wine. Another time I did an overnight boat trip to the Hook of Holland just because we could.

Like it or not, Europe is a part of us and I don’t want to lose that. But more than that, as a global citizen I don’t want to belong to a country that looks to the outside world like it is pulling up its drawbridge and isolating itself from everyone else. I love my country but I know it is not perfect – there is so much else out there, so much we should be part of. From food to culture to trade, we need to stay connected or we will be left behind. Not just economically but every other way as well. And it’s a two-way thing – we have so much to offer the rest of the world, why should we put up the walls and say no, we don’t want you? Because to the rest of the world this is what it will seem like we are doing if we vote to leave. In my expat life here in South Africa I am friends with people from all over the world. Many of these friends are Europeans. Proper friends, friends I am sure I will remain in touch with for the rest of my life. I have as much in common with them as I do with my friends back in England. To leave them, to symbolically tell them them we don’t want to be part of you – well, to me that is unthinkable.

This is why I (thanks to my proxy back home in the UK) will be voting to remain a part of the EU this week.